Performing arts in Grantham to make a comeback in 2021

With the coronavirus pandemic curtailing many concerts, shows and events throughout 2020, things can only get better in 2021.

With that in mind, these are just some of the music, comedy and stage performances planned in Grantham over the next 12 months at Meres Live, the Guildhall Arts Centre and St Wulfram's Church.

First on the calendar is a production of Joseph and the Amazing Technicolour Dreamcoat at St Wulfram's, which will be running from April 13 until April 17 with both evening and matinee shows available, having been postponed from May 2020.

MJH Productions is behind the show, having already put on the widely acclaimed Phantom of the Opera (2018) and Jesus Christ Superstar (2019) at the same venue.

Also planned for April is a whimsical take on the Peter Pan story entitled Magical Memories of Peter Pan, created by children’s theatre company Full House Theatre. This will play for one night only at the Guildhall theatre on April 15.

The following night, April 16, the Guildhall will host rock 'n' roll pioneer Marty Wilde MBE. Marty began his career in 1957 and was one of the first British singers to play a leading part in those early formative and ground-breaking rock 'n' roll years.

With his many hits including 'A Teenager In Love', 'Endless Sleep', 'Donna', 'Sea Of Love', 'Bad Boy', 'Rubber Ball' and 'Jezebel', Marty and his band the Wildcats will take you back through some of the most exciting musical times this country has ever experienced.

Moving into May, the Guildhall theatre will host an evening of live cooking and laugh-out-loud comedy, as George Egg performs his moveable feast on May 6. There will be real gourmet food cooked live in the most unconventional ways, with the opportunity to taste the results at the end, provided you can stop laughing.

Later that month, a new cross-border band out of Sheffield and Edinburgh will take to the Guildhall Arts Centre stage. The Magpie Arc, featuring the multi-award-winning talents and wide musical influences of Nancy Kerr, Martin Simpson, Adam Holmes, Tom A Wright (The Albion Band and Ashley Hutchings Morris-On Show) and Alex Hunter (Adam Holmes and The Embers), will perform on May 14. There will be folk, and there will very likely be blues, a bit of country, and there may even be some rock 'n' roll.

Another musical experience will land at the Guildhall Arts Centre on May 29, as The Searchers and Hollies Experience comes to Grantham. The best of both worlds brings to the stage the magical hits of these two legendary harmony bands, bringing back memories of the most high-energy decade in pop music history.

An award-winning folk duo will be the first to perform in the Guildhall theatre in June. Emily Portman and Rob Harbron are two of the finest and most distinctive performers on the British folk scene, and will perform in Grantham on June 3.

The Meres Leisure Centre will play host to a male variety and circus act on June 4. The hunks of Forbidden Nights will perform sizzling new acts and stunning routines, with the chance for a meet and greet at the end. The talented cast of acrobats, fire acts, aerial artists and world-renowned circus performers flip and spin across the stage in this high-octane show.

July will see a blend of musical sounds take to the Guildhall Arts Stage, as Damien O'Kane's Banjophony melds two different styles and approaches to the banjo to captivating effect. O’Kane has two bold and acclaimed recent albums to his name – the BBC Radio 2 Folk Awards ‘Best Album’ nominated Areas of High Traffic and last year’s Avenging and Bright. You can see him perform with Ron Block, Alison Krauss and Union Station’s banjo star and multiple Grammy award winner on July 7.

Machines from TV's Robot Wars are heading back to Grantham for the fourth year on July 10 and 11 at The Meres, after the 2020 event was postponed by the coronavirus. See Robot Wars champions Apollo and Eruption take to the arena, along with a host of other teams for an action-packed family show.

The 'UK's Funniest Red Head' takes to the stage on September 10. La Voix is heading to Grantham's Guildhall Theatre with her incredible musicians for an unforgettable evening. Expect side-splitting comedy, huge vocals, mesmerising impressions of the world's biggest divas and buckets full of energy.

On September 17 and 18, Grantham's Chantry Dance Company's latest offering, inspired by the Little Mermaid, will be performed in the Guildhall theatre. Inspired by Hans Christian Andersen’s story of everyone's favourite mermaid, the show takes a wonderful new twist to the tale.

Comedian Jimmy Carr's show 'Terribly Funny' will take place on September 18, postponed from June 2020. Jimmy’s brand new show, to be performed at The Meres, contains jokes about all kinds of terrible things. Terrible things that might have affected you or people you know and love. But they’re just jokes – they are not the terrible things.

The Ultimate 70s Show arrives in Grantham on September 25. Set to be performed at the Guildhall theatre, the show is a live seven-piece tribute to the '70s featuring Martin Metcalf ex Geordie, alongside the powerhouse vocals of Chris Peters. This extravaganza will feature the biggest hits from Slade, T.Rex, The Sweet, David Bowie, Roxy Music, Mud and Alice Cooper to name a few, and audience are asked to dress with the times and join in the fun.

Acclaimed stand-up comedian Jason Manford comes to Grantham on October 16. The effortlessly entertaining Manc will perform his show 'Like Me' at The Meres.

Quirky and quick-witted comedian Milton Jones will also play The Meres. Milton has regularly appeared on BBC's Mock the Week and Live at the Apollo, as well as on BBC Radio 4. His show, 'Milton Impossible', takes place on November 12.

For more details, or to buy tickets, visit www.guildhallartscentre.coom 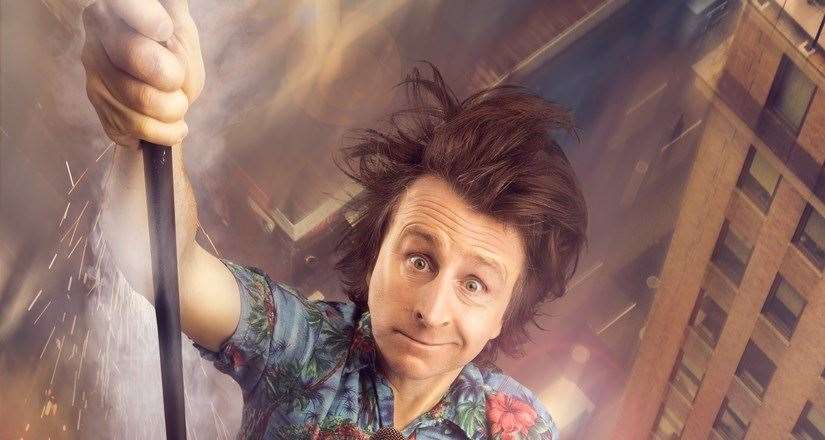 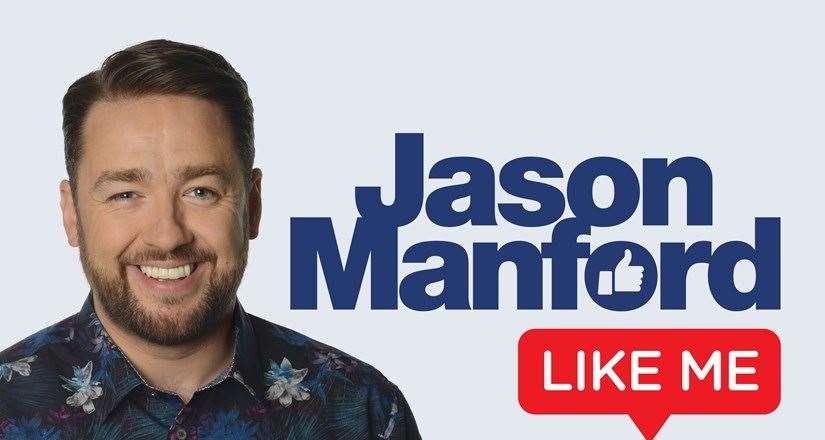