Grantham cricketer looks back on a lifetime of playing and umpiring

Seventy-nine-year-old Keith, of Ropsley, was planning on perhaps making the forthcoming season his last as an umpire but, with the Coronavirus crisis having escalated, the season itself might now be in jeopardy.

Having played as man and boy, and officiated for many a year, the sport of cricket is ingrained in Keith like the ball imprints the bat.

Born in 1940, Keith grew up in Woolsthorpe-by-Colsterworth, "right by the manor house", where he was schooled until he went to the National School, leaving aged 15 to become apprenticed as a joiner.

Keith's apprenticeship meant he did not have to attend National Service and it was at the age of 15 that he first played for village side Colsterworth.

A natural batsman, he also played for Buckminster, had five seasons at Woolsthorpe-by-Belvoir, two at Belvoir CC and 10 years at Belton Park.

Keith recalled the pinnacle of his batting career with some precision and a sparkle in his eye: "My highest score was for Belton Park at Boston – 111 not out."

He also had another unforgettable day etched in his memory, but for more painful reasons: "I was playing for Belton Park against Peterborough, at Peterborough, and I tore my calf muscle.

"I couldn't drive my car home. I had to have a couple or three weeks off work."

Keith finally hung his bat up at Ropsley's village side and took up umpiring: "I've been umpiring for bloody donkey's years!"

Keith's collection of cricket memorabilia begins in his living room and culminates in a converted garage in which are housed photographs, year books, scrap books and fixture cards, plus box files full to the brim with newspaper clippings.

Keith said: "It's not a bad collection, is it? Anything related to cricket in the Journal, I cut it out."

No article on local cricket would be complete without mention of another umpiring legend, the late Vic Heppenstall, who Keith described as a "very big mate".

Keith said: "I umpired the last game he umpired, I was with him. That was up at Grantham, Chairman versus the President's XI, end of September."

Keith said: "We had a game for my 70th birthday. They were all local cricketers from Grantham, Belton Park and Ropsley, and Vic got him [Osler] to come. He was a very nice chap, he was."

Like Vic, Keith has umpired many of the annual MCC games at Belvoir CC and King's School, and he also recalled meeting his all-time cricketing hero Derek Randall when he attended a South Lincolnshire and Border League dinner at Sleaford.

Keith highlighted another memorable day when Lincs CCC played Lancs CCC at Cleethorpes "several years ago" and he met a couple of big England stars.

"They were just in the car park, getting out the car, and I took a photograph, like. But I can't find Freddie. He's about somewhere!"

His connections with the stars of cricket also extends to the legendary Chris Broad, the incident this time coming from Keith's former profession as a joiner.

Keith said: "We worked on Chris Broad's barn conversion at Waltham on the Wolds and, of course, Stuart [Broad] wasn't very old then, like."

One of Keith's two sons Adrian, who went on to play for Grantham, CC was on site with his dad one day and met Chris. Keith said: "Adrian would be eight or nine-year-old I'd think, something like that. And, of course, his pads he signed them, like. We got on well with him, yeah. Gave him one of his bats."

Keith's eldest son David was into cricket at an early age, scoring for Belton Park when he was aged just nine. He is now a lecturer at the University of Kent and readers might even have seen him on television.

Keith said: "He's been on telly a time or two, not recently but he has been. That Dr David Starkey, he was with him at one time, yeah."

Sadly, Keith lost his daughter Sally-Anne to chronic meningitis nearly three years ago, tragically on the day of his wife Hilary's funeral.

He said: "I knew Hilary was going to pass away any time, we knew that, but I said to my sons and my son-in-law that I hope she doesn't pass away the day we bury Sally-Anne – and we got a phone call about half past one in the morning.

"So, we had two funerals in the space of a few weeks. You know, but we've got to carry on, haven't you?"

Returning to the house and Keith's living room, he highlighted some more photographs, works of art, medals and a glittering cabinet, which included an autographed bat, dedicated to Keith from Garfield Sobers, and trophies belonging to both Keith and younger son Adrian.

And so, the Journal left Keith Grummitt with his lifetime's cricketing treasures and memories, with us all hoping for a resumption of play as soon as possible after the current storm passes over. 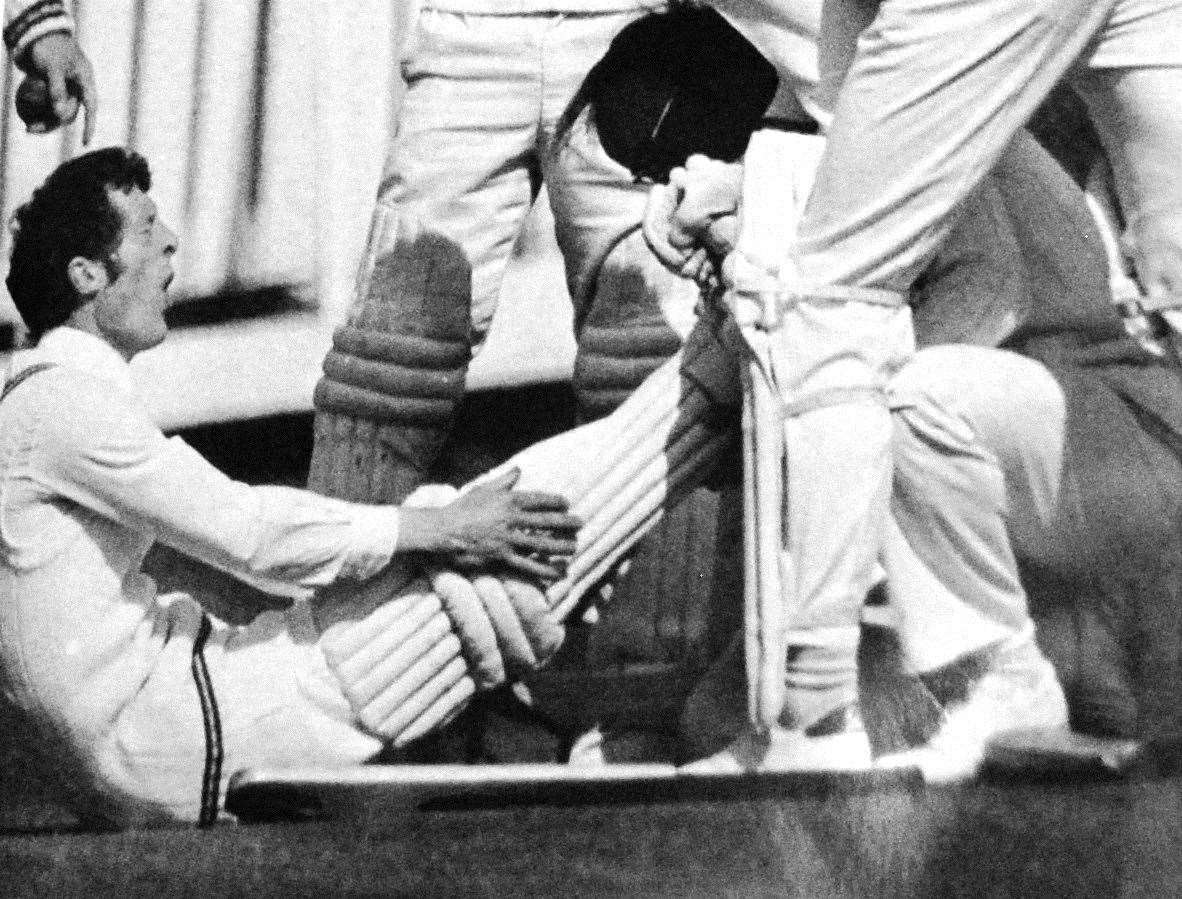