It was honours even for the second time this season in the Lincolnshire Derby on Easter Monday.

The Gingerbreads came back from two quick goals to take a deserved point at Gainsborough Trinity.

Gingerbreads manager Matt Chatfield thought the performance showed good characteristics. He said: “I’m happy that we are finishing the season with a bit of style, and everyone can begin to see what we want to achieve.

"We had to make a change early to get into half time in the game. I was so pleased to see that the second half was a great turnaround.

"I was disappointed with how we were in the first half, but the second half in particular is where they earn their money. Once we started getting on the ball in the second half, we had more pressure and do that, you will score eventually.”

The opening minutes were played at a good pace as both sides tested each other out. Sisa Tuntulwana sent an early pass through for Harry Wood, but no-one was there for his cross. Then Elliott Durrell fired over when the resulting corner was only half cleared.

The home side had chances through crosses from George Hornshaw and Elicha Ahui, but Grantham defended well.

From the 10th minute, Gainsborough began to expose Grantham’s left flank. Ellis Storey was given a torrid time by Jovon Makama. Makama beat the Gingerbreads left back on the break, and it took Tuntulwana to come across to stop the run. Ex-Gingerbread Stefan Galinski headed the corner kick over the top at the far post.

Gainsborough took the lead on 12 minutes. Makama again beat Storey comfortably and set up Cieron Keane on the edge of the penalty area. His low shot rifled into the back of the net.

The home side claimed a second goal two minutes later. The ball was played wide for Toby Gould on the Grantham right. He took the ball past goalkeeper Jim Pollard and rolled a shot goalwards.

The Gingerbreads only half cleared the ball and Makama thrashed it against the underside of the bar. The officials ruled it had not crossed the line.

It still only took a further two minutes for a rampant Gainsborough side to double their lead. From a free kick on the corner of the Grantham penalty area, Galinski got in front of Pollard to nod the ball into the net.

The Gingerbreads made a change, Ali Aydemir replacing Storey and Matthew McBride moving to left back, and shortly after got a foothold in the game. Steve Leslie delivered a deep free kick that Ashton Hall forced home. 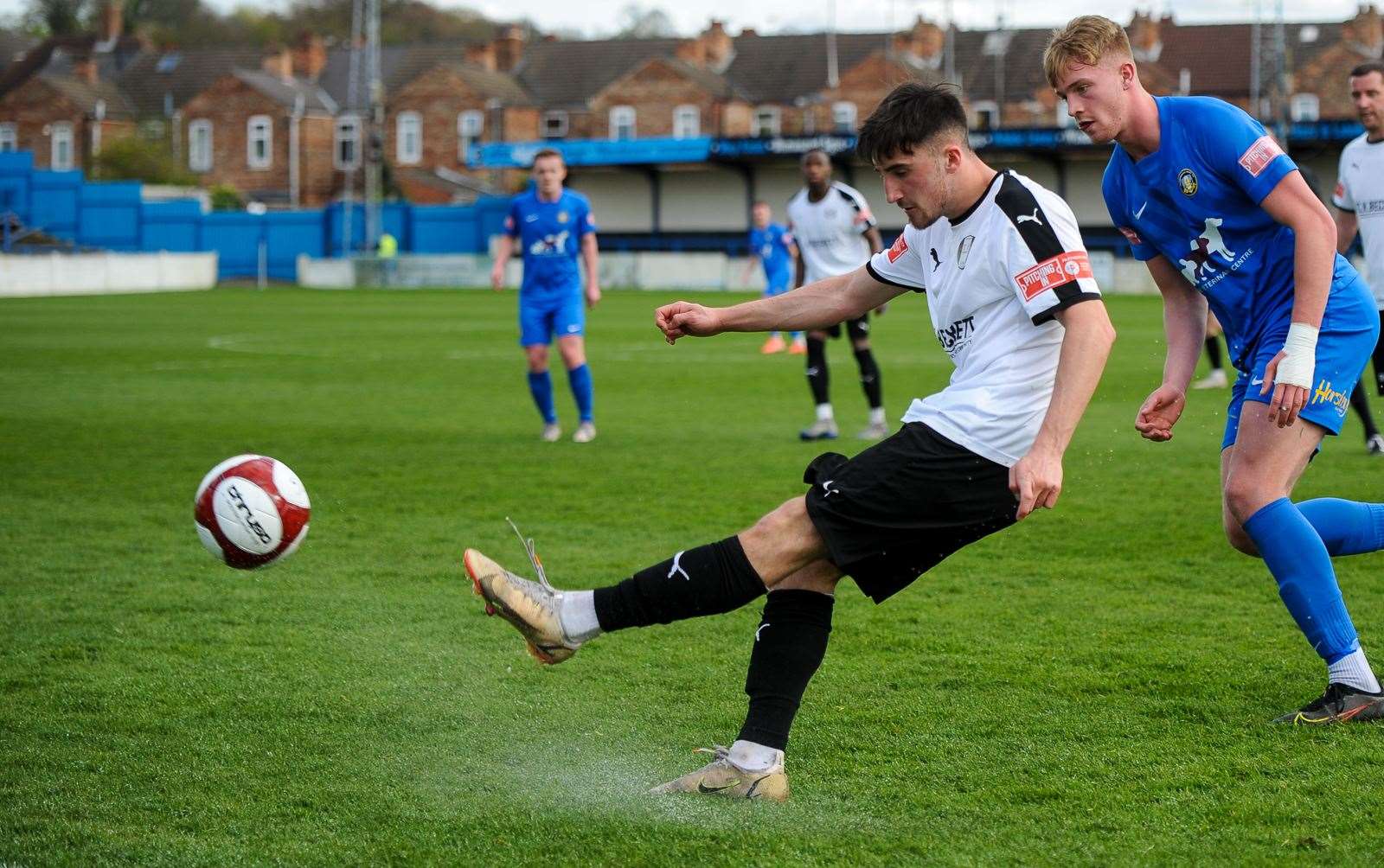 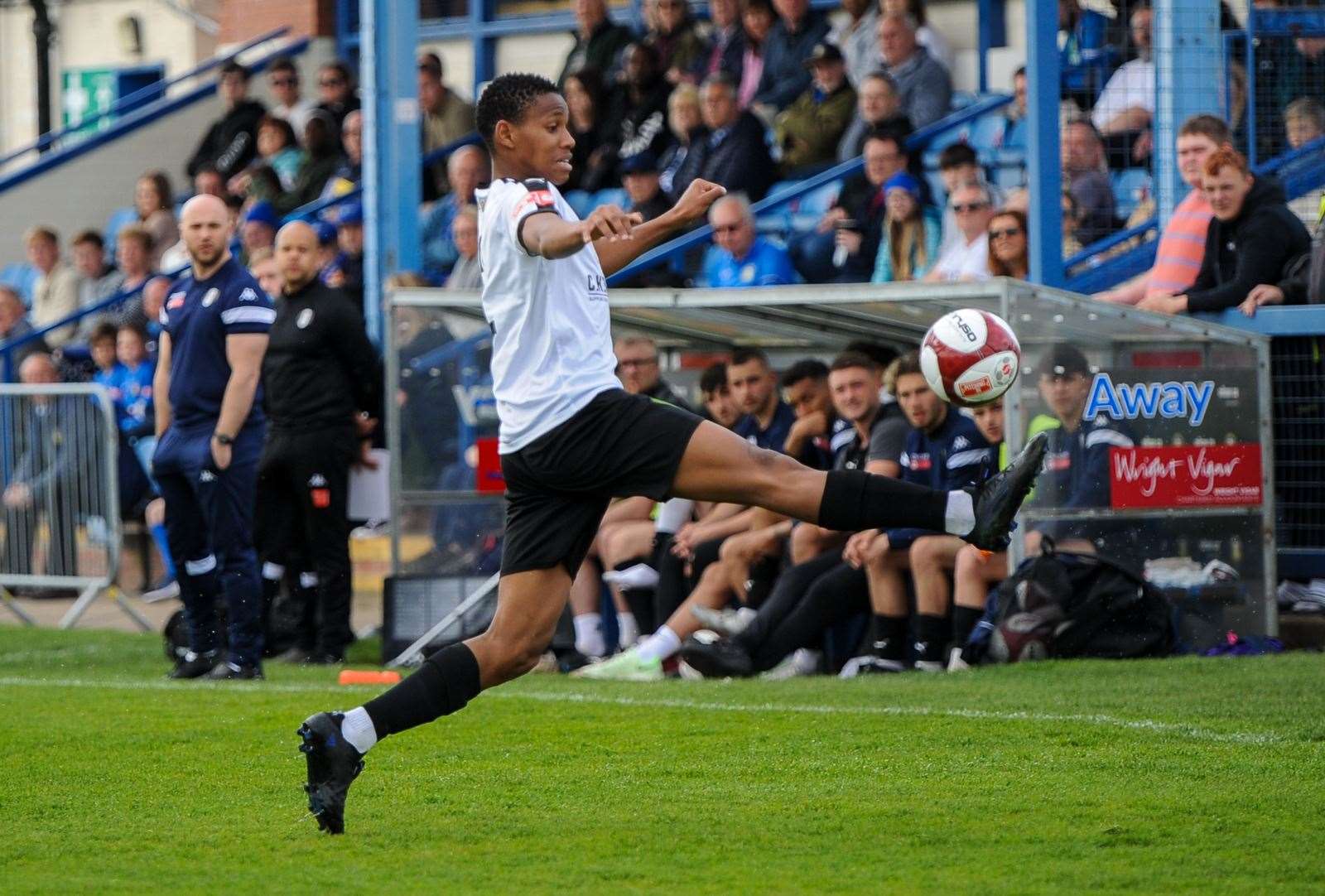 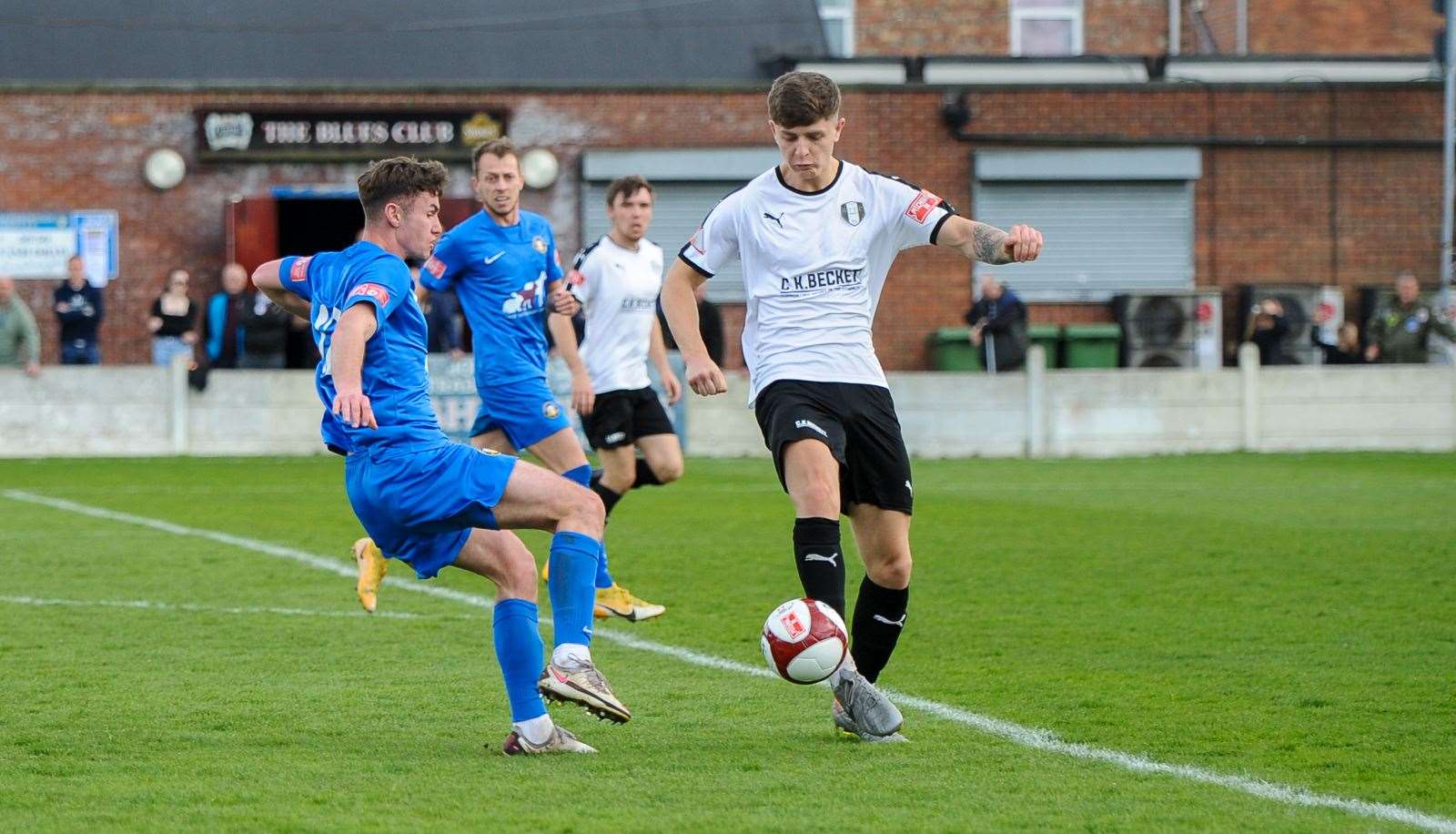 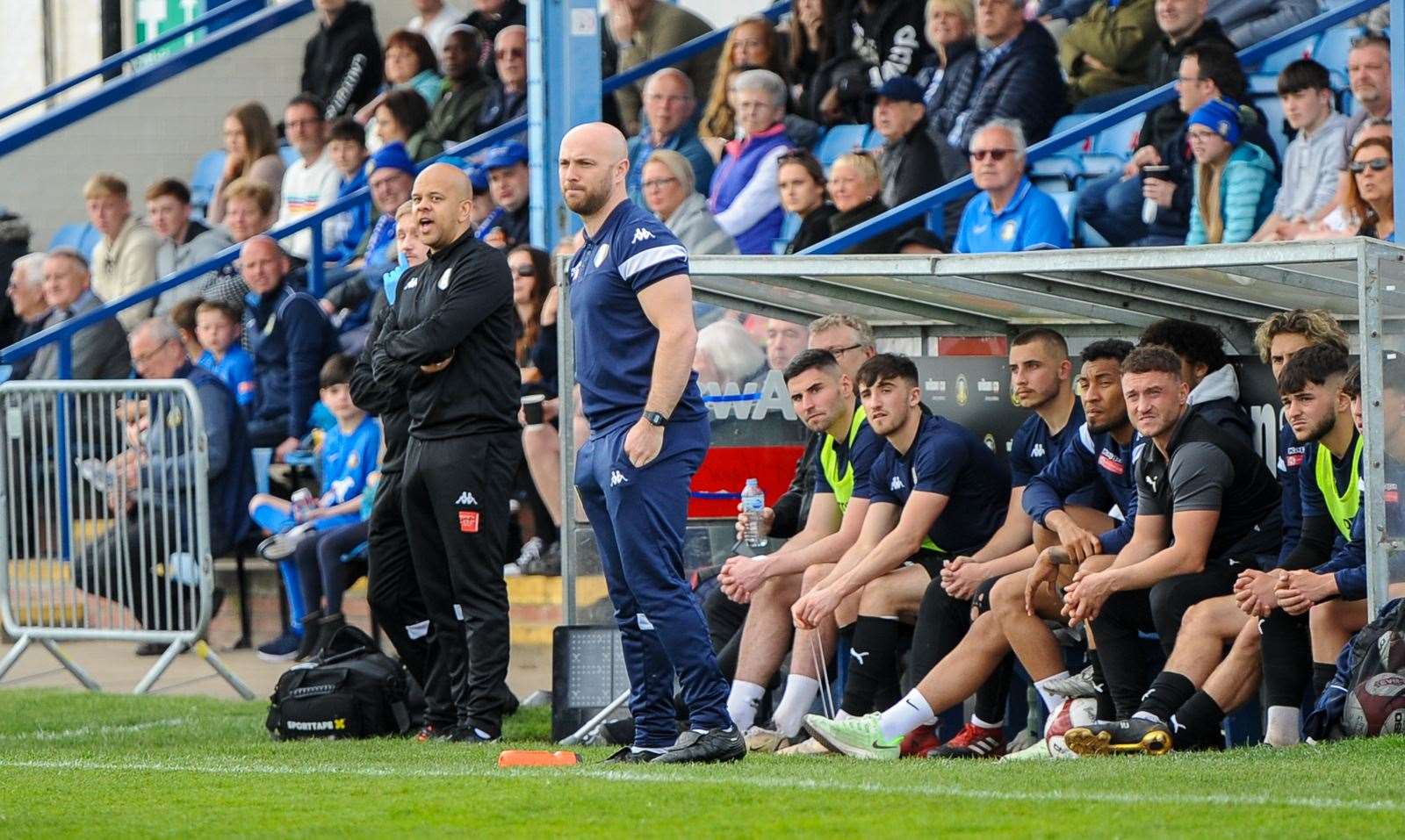 As the first half wore on, Grantham gradually began to nullify the threat from Makama, and Gainsborough had to look elsewhere for their chances. Morgan Worsfold-Gregg sent Gould away again and he laid the ball back for Ahui. This time, Pollard was well positioned to save Ahui’s shot.

In a rare Grantham attack in the last five minutes of the half, Durrell picked out Tuntulwana, but his delivery was neither a cross nor a shot and was watched out of play by the home defence.

After half time, Grantham were immediately on the front foot. Wood, Durrell and Tuntulwana worked the ball well together and Durrell put over a great cross for Aydemir, but his touch let him down at the vital moment.

For a while, Gainsborough had some pressure on the Grantham goal, but it was all dealt with comfortably. The best the home side could muster was a cross-shot from Worsfold-Gregg that the Gingerbreads coped easily.

Gainsborough tried to slow the game down and it came back to haunt them as it gave Grantham the time to regroup and grab a 66th minute equaliser. Another Leslie free kick was only half cleared by the home defence and Hall controlled it before making space to fire past Matt Yates in the Gainsborough goal.

The home side reacted and created some half-chances. Gould’s free kick was headed across goal by Neal Bishop and Alex Wollerton put over a dangerous cross that was just too fierce for any of his targets to get on to.

Play swung from end to end as both sides sought a winner. Leslie continued to deliver quality free kicks with Hall again winning the ball in the home penalty area.

Gainsborough managed to get the ball out for a corner. Good defending by Grantham prevented Wollerton getting his shot on target with 10 minutes to go.

Both sides had late chances. Gainsborough played the ball easily across the Grantham defence and Makama beat McBride seven minutes before time. Pollard saved the initial shot and Brad Grayson fired his follow-up effort wide. Makama saw his fierce shot stopped full in the face by Hall as the game moved into the last five minutes.

It was Grantham who had the last opportunity when Ollie Skinner robbed Bishop as time ran out. Skinner sent Shane Clarke into the Gainsborough penalty area. Clarke had to try and beat three defenders and was eventually closed out as both sides had to settle for a point.